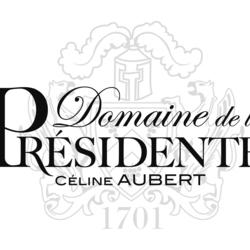 The Domain de la Présidente is an exceptional vineyard dating back to the 18th century.
At that time, the Domain was the property of a very old provincial family, the members of which were the Presidents of the Provincial parliament of Aix-en-Provence.
The wife of one of these Presidents, Lucrèce, was so renowned for her wit and hospitality that it was quite a privilege to visit the ‘Présidente’ in her fine abode at Sainte Cécile. She decided to convert the land into a vineyard in 1701 and the Domain was declared a national site in 1789. The Domain was sold several times and was not very well known for its wine until Max Aubert became the owner and restored it to its former glory in 1968. Master of the Commanderie of the Côtes du Rhône and founder of the Wine University in Suze-la-Rousse, Max Aubert came from a long line of wine makers. Today, his son, René Aubert, manages the vineyard ‘Domaine de la Présidente’. - Extract from Domaine de la Présidente's website