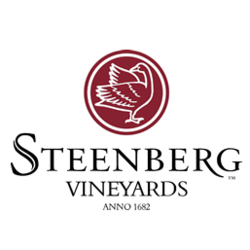 Steenberg, 'Mountain of Stone', has a romantic ring, but the original name was even more beautiful: it was called 'Swaaneweide' - The Feeding Place of Swans. Whether swans did indeed fly down to drink and swim in the cool clear waters of the farm, or whether the first owner, Catharina Ras, was being nostalgic about her former home in Lubeck, on the Baltic coast of Germany, is hard to tell. Catharina had probably named the farm after what she thought were swans which are not indigenous to South Africa and certainly not Constantia. It is thought that she had mistaken the spur-winged geese for swans as today you will still find a large population of these spur-winged geese at Steenberg. - Extract from Steenberg Vineyards's website