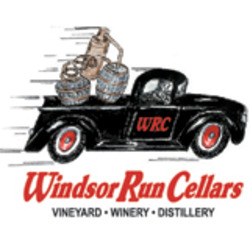 The land our winery operation sits on is land the Crater Family has farmed for generations. In 2001 Terry and Joanne Crater decided to grow grapes on this land. The plan was also to put a winery and tasting room nestled among the vines. They named their business Buck Shoals after the township it was located in.
Their logo was a photo of the old grist mill that sat 2.5 miles from the vineyard. The mill was long since gone but the vines thrived in the fertile tobacco land. The winery was built in 2006 with the tasting room following in 2007. The Craters added a distillery in 2008 to make brandy and fortified their own wine. At that time they owned the second “legal” distillery in the state